Caroline Wilson
Here are my opinions on all the latest goings-on within the fascinating world of the rich and famous, or more often, that of the z-list wannabes. My love of reality TV and all things celebrity fuel this page and I invite comments from any fellow ‘trash-tv’ enthusiasts! Enjoy.

Leo should keep an eye on his phone

As Katie Price lets rip about ex-Leandro in her column in today's Sun on Sunday, Leo claims that the malicious tweets he posted last week were "not me, someone had my phone." 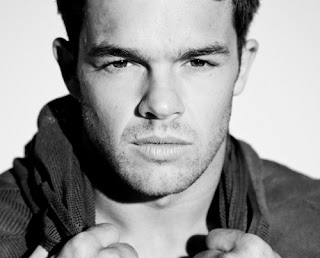 Oh come off it Leo not that old chestnut?!?

The tweets which have now conveniently disappeared from his page were pretty harsh but the following ones still show:

"Quiet man .. Make the best decision of my life ... Today I am happy and that is the most important ..."

"But it took some things in the last moments, I returned to rearrange the course. You will find out very soon, what I'm TALKING"

"I am very happy with the decision I just made. London has opened a new opportunity for me. But it is not what you all think......." (sic)

Why doesn't he just say what he's got to say rather than throwing out all these cryptic status'?? Oh, well probably because he's waiting to see which newspaper or magazine will throw him the most money for an interview!

I hate to admit I'm #TeamKatie on this one... These guys know what they're getting involved with when they get with 'the Pricey' and they probably like the idea of the expensive lifestyle that comes with it! 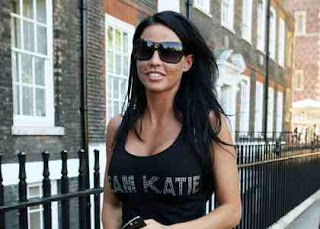 I'm a Celebrity Get Me Out of Here starts tonight!

The biggest goss going round at the moment about it is that Coronation Street's Helen Flanagan has said she will be snuggling up to Pussycat Doll Ashley Roberts as she is scared of the dark and hates sleeping alone. Oh and there was me thinking she was saying it to get all the male viewers excited? Bless her.
Let's hope it's going to be another hilarious series.

What's this another new reality girlfriend for Kirk?! Didn't see this one coming but I should think it'll be short lived and end with a good old barney just in time for the next series of TOWIE.
***

What about Tulisa's new hairdo on X Factor last night? Going for a bit of a classy, retro look?! Like it. Wasn't sure about Nicole's white suit though... #random.

Posted by Caroline Wilson at 18:28 No comments:

The break-up was due to another woman...!

The real reason Chantelle and Alex split up has finally emerged and it doesn't come as much of a surprise... 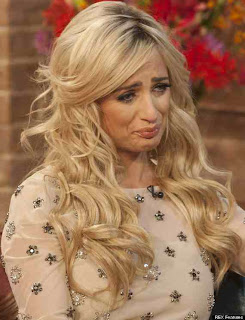 Chantelle told The Sun that she walked into her house to find Alex had set up some sort of sordid sex dungeon and Roxanne was there!!
Chantelle said:

"I went upstairs and it had been turned into a sex dungeon. My underwear was all over the landing. Then I walked into the bedroom and saw Alex dressed as his alter ego Roxanne - in stockings, suspenders, a red wig, make-up and heels."

Bearing in mind the cringe-tastic video plea Alex made for Chantelle when they first split up I can't wait to see what he comes back with this time!! 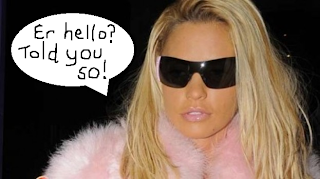 Lucy Spraggen has decided to leave The X Factor and rumours were rife on Twitter last night as to the real reason why she left. 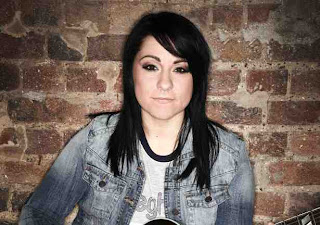 Some said Lucy had got up to some mischief on Rylan's birthday night out, some said she'd been attacked, but the question is what will happen now...??

Maria Fowler was snapped leaving hospital recently after having liposuction. 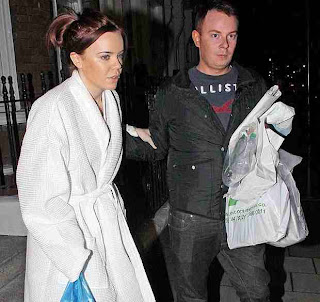 What is wrong with these TOWIE girls? Cara recently had liposuction during the show and I think it's sending out a really bad message to young girls who look up to them. 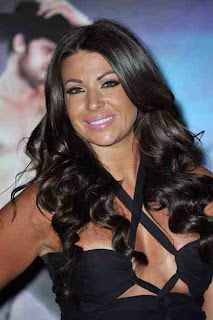 It's not as if any of these girls are over-weight and if they were then they should be shown losing weight the healthy way not by having it sucked out of them through costly surgery?!

Is Arg moving on from Gemma with 'good friend' Emily Attack?? 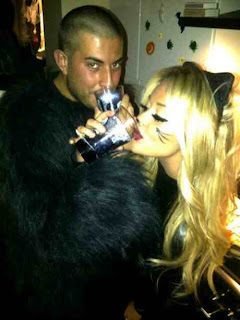 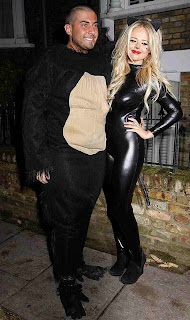 Posted by Caroline Wilson at 14:58 No comments:

Diags caught with his trousers down

Oh dear Diags you should have really taken this classy lady somewhere a bit more private than an alley behind a night-club if you didn't wanna get papped with your trousers down... 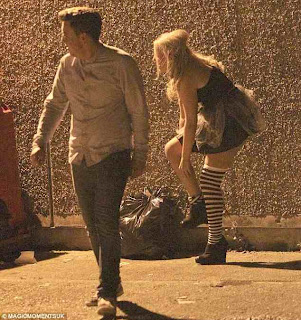 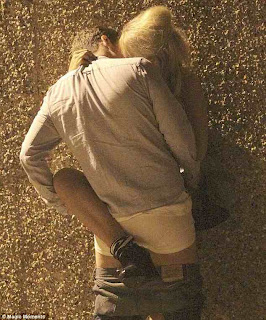 The TOWIE star made a joke of the pictures this morning tweeting:


It seems Diags is quite the ladies man off-screen as he's pictured with more and more strings of girls on nights out! 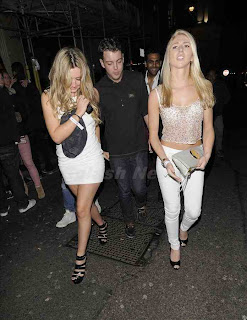 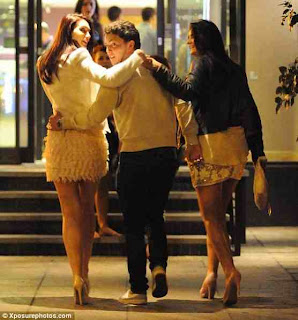 There was some serious tension on last night's X Factor when Gary Barlow laid into Tulisa telling her she had 'fag-ash breath'! 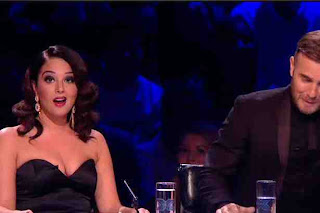 The random attack came after Tulisa gave her feedback on one of Gary's acts.

Will Tulisa forgive Gary? Is Gary under too much pressure considering recent personal events? Will Tulisa be sure to pack some polo's for next weeks show??

The fairy-tale is over yet again for Katie Price as she and Leo call it a day. 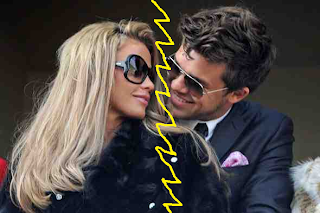 Well, at least she didn't marry this one before they broke up?

My top tips for Katie would be:
-If you're going to get another new bloke straight away keep out of the public eye for at least a week (?!) to try and regain any dignity.

-Don't get any more men's names tattoo'd on your body, you'll end up looking like a wall of graffiti.

I'm a Celebrity... Get Me Out of Here! will be returning to our screen soon and I can't WAIT! Here are some of the rumoured contestants: 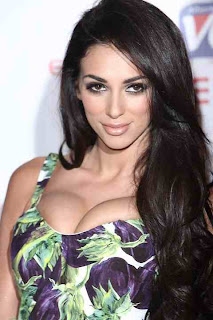 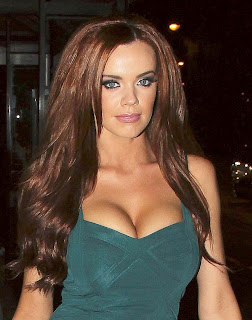 Maria Fowler (isn't she rumoured to be in every reality show?) 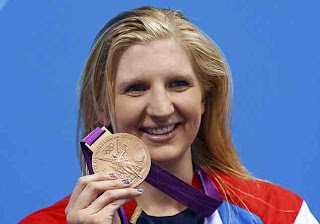 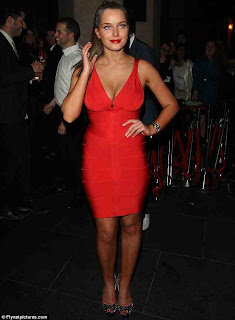 Made in Chelsea stars' sleepovers and stitch-ups

Made In Chelsea starts again tonight and Louise Thompson is "curious to see what everyone thinks".

Well, she's blatantly been seeing Spencer again judging by her recent uploaded pictures including this:
Poor Millie Mackintosh got rather stitched up last week when boyfriend Professor Green prank-called her during a live interview on Nick Grimshaw's new Radio 1 breakfast show.
Pro' called her to say that unfortunately he'd been snapped by photographers holding hands with tabloid favourite Imogen Thomas which, understandably, didn't go down too well with Millie.

After revealing that the whole thing was in fact a prank, Millie tweeted:

"Let's just say someone isn't getting any.... For a while"
And it seems Imogen wasn't best pleased at being the butt of the joke either, tweeting:

"Wish ppl would shut up about that prank this morning! Seriously wasnt that funny! and not very believable. Trolls do 1....!!!!!!!!" (sic)

The X Factor's Ella Henderson must have been well chuffed this weekend when superstar Adele tweeted this to her 10 million followers:

"Ella Henderson on X Factor is absolutely incredible! I LOVE her!! Good luck xx"
Doesn't get much better than that does it?! Although Rylan has been getting continued support from big stars such as Amy Childs and Katie Price...
Looks like the fairytale could be over for Mario and Lucy judging by last nights TOWIE... Naughty Mario's been caught sending flirty messages to a couple of Mick's Sugar Hut Honeys *GASPS*.

Why on earth are these two still together? They've cheated more times than Lance Armstrong and neither of them ever look very happy when they're with each other.

And Gemma, Sam and Billie look like they're trying to get in shape in this pic secretly snapped of them warming up in a park in Brentwood yesterday morning during filming.


Posted by Caroline Wilson at 15:07 No comments:

What's your favourite reality TV show of all time?